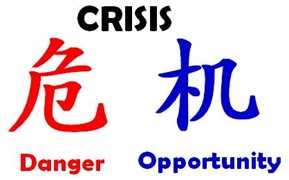 Culture Crisis – Can You Fix Or Should You Fire?

Heads are rolling as the culture at Uber is questioned

There has been a reasonable amount of coverage in human resource, management and leadership circles about what is happening at Uber. It seems that a new social media post about problems appears every couple of days.

What has gone wrong?

Social media allows much greater reach of comments and views than has ever been seen before. It is important to not confuse greater visibility with increased occurrence. In other words, just because we are now hearing of it and speaking of it this doesn’t mean that it is a new problem.

Back to Uber. Things may not be as bad as they first appear – or they could be worse. As outsiders we need to make sure that comments and opinions are formed on the basis of facts. we also need to allow Uber (or any other embattled company) the opportunity to fix what is going on.

That does not mean that we sit idly by while toxic cultures and habits of poor behaviour are allowed to take their toxic toll on innocent employees and their families. Because bullying and harassment take a high toll on the loved ones of the people going through it as well.

Some people may be feeling happy that key senior leaders at Uber are resigning and going on leave as this looks like what is needed to change the culture.

Culture is about what is accepted over time

There are many times where the termination or resignation of a key person sends a significant symbolic message to all staff and stakeholders that certain behaviours will not be tolerated.

However we also often say that leadership is what will bring us through a crisis and out the other side. If this is the case, what happens when a lot of key leaders resign or are sacked?

An organisation without leadership becomes quite vulnerable and often ineffective at making change because there is no-one to lead it. Key people should not just be removed without a conscious and well thought out plan of who will step into those newly vacated roles.

Employees look for role models and people to follow. While senior leaders are doing the wrong thing or standing by while the wrong thing is done a culture will be unhealthy.

So while I agree that getting rid of toxic leaders and influencers is important, this is not condonely wholesale sacking of the leadership team.

Whatever happened to the concept of giving people a chance to improve? And there is the rub – as leaders we are expected and looked to as the ones to follow and copy.

The question of what to do – Fire or Fix?

This question suggests that there is only one option, but this is a short blog so that will do (for now)

When you hire a leader into your business it’s crucial to account for what kind of role model they will be. When things are going smoothly and when under pressure.

This is what your other staff will notice. People are fundamentally followers and we will seek to fit in – which means we behave more like those we hang out with on a regular basis. In a company this behaviour gets carried down the org chart like Chinese whispers in a classroom.
What was said gets interpreted and altered with each set of ears, eyes or hands that it passes through.

By letting go of someone who is associated with an undesirable culture, what really are the messages being sent?

Zero tolerance?
Of what? mistakes? Inappropriate behaviour? The person? The publicity?

If you choose to send a message, be very mindful of the layers of that message.

Please note this blog is written from the view of a strategic HR professional who is trained in culture change and change management.
Blunt responses to complex problems rarely achieve the desired outcome.